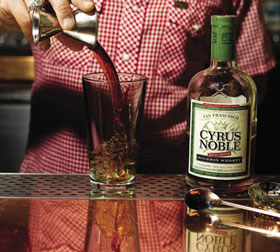 San Francisco’s first locally owned brand of bourbon, Cyrus Noble ($24.99/750ml)–bourbon made in Nelson County, Kentucky, but owned and distributed by Haas Brothers–is available again. Named after a distiller who fell into a vat of his own whiskey, the bourbon was sold in the city since 1871, right around the peak of California gold rush fever. Apparently, he didn’t die in the fall, but if anyone offers you a drink of Cyrus Noble from 1871, you might not think twice, just in case.

Made with a mashbill that contains 75% corn, 20% rye, and 5% malted barley and aged for 5 years in new white American oak barrels, the whiskey is a whopping 45% alcohol by volume, which undoubtedly helped fuel the reputation of the Barbary Coast.

The bourbon itself has plenty of vanilla with spiced flavor from the rye and oak that blend nicely. Most surprising is how easy it is to sip neat despite it’s high proof. 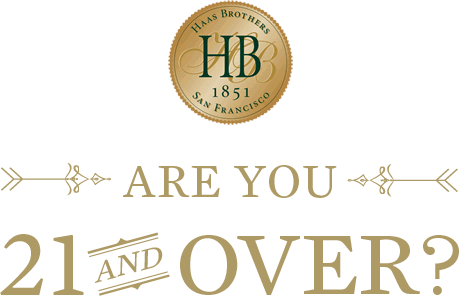