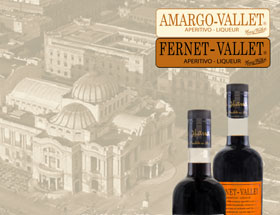 Monsieur Henri VALLET emigrated to Mexico from France during the brief reign of Maximilian, the ill-fated French monarch who was deposed by Mexican nationalists three short years after his 1864 ascent as Emperor of Mexico.  Like other French émigrés of the era, Mnsr. Henri VALLET chose to remain in his adopted homeland, and by the 1880s had emerged as Mexico City’s preeminent distiller of liqueurs and elixirs, including these two that today continue to be crafted according to his specific recipes and formulation guidelines.