What is “Mezcal”?
Mezcal is a classification of agave-based spirits distilled within the territorial boundaries of Mexico’s Denomination of Origin for the category. As initially determined in 1994, five states were permitted to produce spirit called “Mezcal”: Oaxaca, Guerrero, Durango, San Luis Potosi & Zacatecas. In 2000, the states of Jalisco, Michoacán and Guanajuato were added, for a total of eight permitted states.

What is “Mezcal Minero”?
Of the eight Mexican states allowed to produce the spirit, Oaxaca celebrates the oldest and most revered mezcal traditions. In Oaxaca, two primary municipalities are renown… Tlacolula/Matatlán de Matamoros and Santa Catarina Minas. For their proximity to the state’s capital city of Oaxaca de Juarez, the sister cities of Tlacolula/Matatlán developed as producers large volume, widely commercialized brands, often bottled with a caterpillar in the bottle, while the more remote and highland municipality of Santa Catarina Minas developed as a revered producer of clean, aromatic and micro-distilled 100% Agave mezcals, which have never contained caterpillar larvae. Don Amado and Mina Real are hallmark Minero mezcals.

Why does Mezcal often have a distinctive smoky flavor?
In contrast to the more robust economies of central and northern Mexico, the southern state of Oaxaca has historically been devoid of industrialized factories. Lacking the steam-generating boilers of the more industrialized north, Oaxacan spirit producers have relied instead on firewood to roast their agave, to convert the plants’ starches to fermentable sugars, while their northern neighbors utilize steam to cook their agave. The characteristic smoky flavor of Oaxacan mezcal is derived from this firewood roasting process.

Why does some Mezcal have a caterpillar larvae in the bottle?
In the early 20th century, mezcal from the sister cities of Tlacolula/Matatlán was sometimes bottled with a caterpillar larvae extracted from the actual heart of the agave plant, as a quality guarantee that the product was indeed made of agave and not cane sugar. In 1958 a Mexico City industrialist noticed foreigners’ curiosity for the caterpillar and launched a mass-market brand containing a “worm” in every bottle. The marketing gimmick caught-on and during the 1970’s, the United States actually consumed more mezcal than tequila. In the modern era, few brands contain a caterpillar larvae. 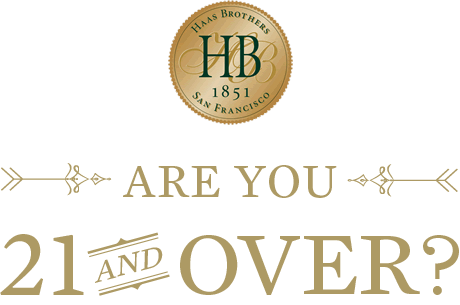